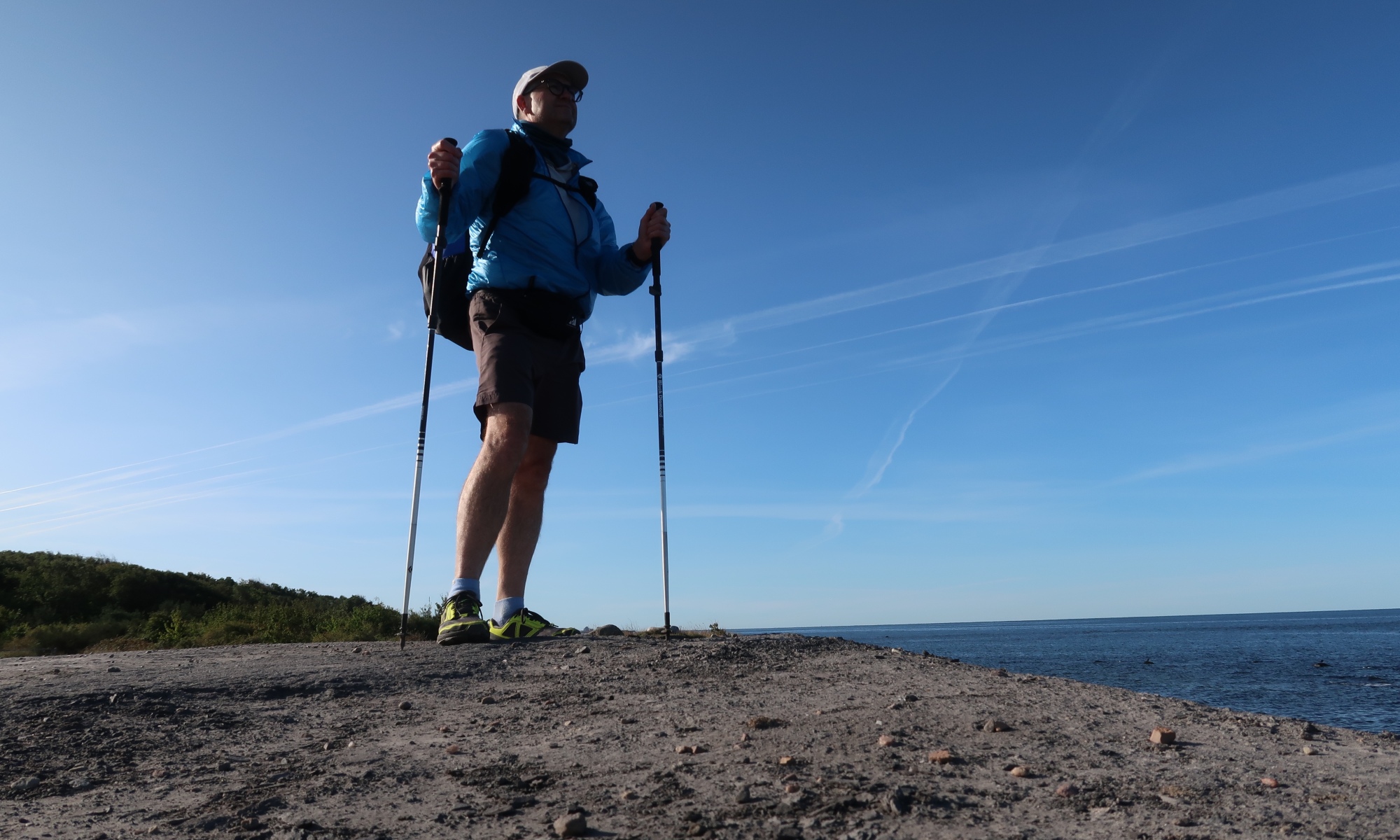 I witnessed a beautiful sunrise today behind my Notch Li. The sun tried to show its presence burning its way through the beech tree forest at the back of my shelter. It was a lot colder this morning at 7℃ and that was the lowest temperature that I’d experienced all week. There was a picnic table close to my shelter so I emptied the Notch Li and used the table to collect all my gear on. In the meanwhile I packed the tent down dry which I had done so all week which was real a pleasure. Campsite selection and weather conditions influence your camping experience greatly. Condensation prone areas will result in a wet tent as well as your quilt or sleeping bag. In fact everything will feel moist. Sometimes you don’t have a choice but I always try to aim for the best location that will result in the most enjoyable camp. Last night was one of them.

One advantage with my new Tarptent Notch Li is the DCF “Dyneema Composite Fabric” material that has been used to manufacture it with. It is the same fabric that has been used to make two of my other shelters, the Zpacks Duplex and the Hyperlite Mountain Gear Ultamid 2. It’s just the thickness of the material and the colour that differs. The DCF tents don’t sag or absorb moisture. If they do become wet then I can wipe them down with a towel and pack them away reasonably moisture free. This is a huge plus. One minus with these DCF tents is that they can be noisy if the fly flaps around in the wind.

Like day one I took my sweet time this morning. I followed up on some social media posts and enjoyed a cup of coffee after breakfast. The other two hikers that occupied one of the shelters hadn’t stirred yet. I had managed my food supplies well, which should be the case, I have been doing this for a long time now after all. I only had a food bar, a few nuts, a chocolate bar and some coffee left over. The food bar and nuts would be eaten this morning. Lunch would be purchased in Rønne today. I was looking forward to that; it was like my reward for finishing the hike.

At 9 am I had packed and departed Hasle Lystskov. I left the forest and headed to the coastline back the same way that I came the day before. At Glasværksvej there are some toilets at the end of the road near the beach. I topped up on water here. I thought it only necessary to wear shorts, a sun shirt, a neck gaiter and my wind jacket. At first it was a little chilly on the legs but once I got warmed up I was fine. When I arrived at Rønne the temperature rose to 16℃ so the wind jacket and neck gaiter was removed fairly quickly.

Not long after starting out on the trail I came past Kullatippan. I understood later that the car park on Glasvæksvej is used by visitors coming to see Kullatippan. During World War II, clay and sand were removed from the coal seams in Rubinsø, which is the lake right next to where I camped the night before. The deposits were loaded on dump trucks and transported out to the beach and deposited here. The area is still almost desert like, only intersected by rainwater gorges and gutters. In the middle of the area there are some dump trucks and some information boards. There are no plants growing in the clearing, and this is due to the very acidic environment due to the high content of sulfur in the soil. The landscape has an almost “moon like” appearance. I didn’t take any more photos than the one of the dump trucks because I thought that it looked terrible. But you can imagine the rest of the area looking like the “moon” surface.

Then I walked by an old submarine noise meter station from World War II at Levka. The facility had been built so that it would resemble a farm from the air. After the listening station I walked by Pyrit Lake (Bagågraven).

The clay excavation in Bagågraven (Bagå grave) began around 1900 and around 1990 it was completed and filled up with water to become Pyrit Lake.

At Perfekter Strand beach I crossed a little bridge over Blykobbe creek. I was now entering Blykobbe Plantage that would take me the rest of the way to Rønne.

After the creek crossing I took a little detour down to the beach to take a look. Blykobbe Shelter has been built here. There was nobody staying in the shelter but there were some people that had pitched a tent down on the right towards the beach. It was certainly a lovely location but I’m sure that being so close to Rønne that this is a very popular site and one that you wouldn’t be able to enjoy all on your own.

I walked back to the trail and through a lovely forest tunnel the rest of the morning close to the coast with views of Rønne approaching very soon. This meant that my hike was soon over. I took a break in the forest on a bench and savoured the last few moments pondering over my adventures from the last 5 days.

At Nordskoven Strand Camping I veered to the left and soon I found myself on the main road and “back in civilisation” as the say. I turned right at the roundabout and followed the path around to the harbour. I used the toilet at Nørrekass Strand beach where I also filled up on water. Then I walked through the harbour to the information center in Rønne where I finished my hike at 11:30 am. It had now warmed up to 16℃ and the sun was out shining in all its glory. Today’s hike covered 9.2 km and my adventure was now over. What a fantastic week it has been!

I walked over the road to Kvickly and purchased some lunch and a can of spray deodorant, so that I could take a “truckie shower” 😂. Then I walked over the road again to Rønne Lystbådehavn Nørrekås where I found a picnic table and I enjoyed a huge prawn and chilli sauce salad. After lunch I walked into town and found a bench in the sun to sit on in the town square. I had to kill a little time before my bus/boat departed in a couple of hours at 2:15 pm.

All my photos can be viewed here. I used a GPX file from my Garmin BaseCamp program stored on my MacBook and uploaded it to All Trails. You can view it here. I also packed the Calazo tyvek map and referred to it on trail. A link to my YouTube video featuring the whole trail is below too.

Bornholm is a Danish island in the Baltic Sea, to the east of the rest of Denmark, south of Sweden, northeast of Germany and north of the westernmost part of Poland occupying an area of 588.36 square kilometres (227.17 sq mi). The Bornholm Coast Path (Kyststien) is a 4-5 day hike (120 km) around the square sized 1.7 billion year old granite rock island.